The People’s Network creates an entirely new wireless economy that flips the traditional telecom model of building wireless infrastructure on its head.

HNT is a new cryptocurrency Hotspots earn for providing and validating wireless coverage and when devices on the network connect to the Internet through Hotspots.

Data Credits are used by devices to send data on the network and for blockchain transaction fees. Data Credits are created by burning HNT, are non-exchangeable, and tied to a single-user.

HNT is mined and distributed to Hotspot Owners, Helium Inc., and Investors.

Rewarded for hearing devices and relaying their packets to the internet.

Rewarded for participating in , witnessing and creating Proof-of-Coverage challenges

Assigned to founders, investors and organizations who will manage blockchain governance.

The distribution of HNT changes over time to align incentives with the needs of the network.

In the early days, a higher proportion of HNT is allocated to Hotspot owners for building and securing coverage.

As the network grows, Hotspots earn more for transferring device data on the network while Helium Inc. and investors earn less. After 20 years, distributions no longer adjust and remain fixed.

HNT supply comes from mining with a compatible Hotspot that both mines HNT and creates network coverage for IoT devices.

All HNT was mined from genesis, starting at a rate of 5M HNT/month and then halving every 2 years. On August 1st, 2021 the net HNT issuance will be reduced to 2.5M HNT per month.

What happens when minting isn't able to reward Hotspots?

Net Emissions effectively recycle a pool of 'burned' HNT available for use in rewarding Hotspots, when there are no longer enough provided through minting.

Net Emissions are capped at 1% of current issuance (3,424 HNT minted per epoch) at 34.24 HNT. The system monitors DC usage on the network and adds that amount (up to the cap) onto the issuance supply. The Net Emissions allow rewards to exist in later years, while also not extinguishing deflationary pressure after the cap has been reached. After the cap is exceeded, HNT value should increase, satisfying a Burn-and-Mint equilibrium, explained below.

How is the Net Emission Cap decided and when will it come into play?

The Net Emission Cap is set at 34.24 HNT (1% of current issuance rate). This number was proposed in HIP 20 as the minimum emissions required to keep the protocol functioning in a mature steady state.

It is impossible to forecast the precise market conditions 10 years in the future, that is why the cap on Net Emissions is a chain variable that can be adjusted as the Helium community gets more data about future market conditions.

The above chart shows that as HNT Minting decreases, the Net Emissions contribution to Hotspot rewards increases.

Data Credits are the only payment accepted to send data over the The People's Network. 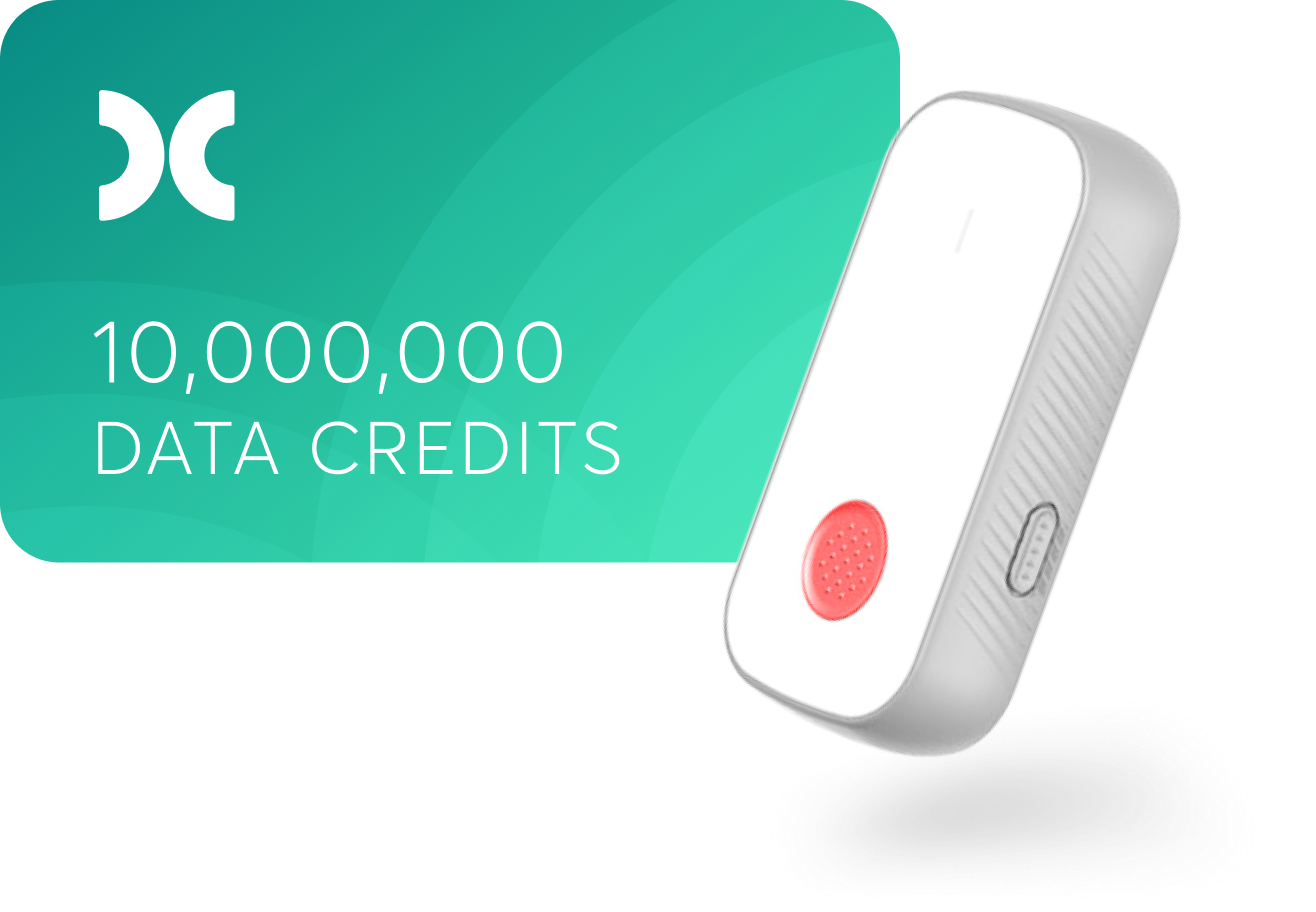 Data Credits allow users to transfer bytes of data via Helium LongFi and use for blockchain transaction fees. The price of Data Credits is fixed in USD (1 Data Credit = $0.00001). Like pre-paid cellphone minutes or airline miles, Data Credits are non-transferrable, and can only be used by their original owner.

To acquire Data Credits, network users convert HNT or obtain them from an HNT owner. Any HNT converted to Data Credits is permanently removed (“burned”) from the circulating supply.

Back to NFTs & Web 3.0
Use left/right arrows to navigate the slideshow or swipe left/right if using a mobile device